Eternals: Can We Expect Thanos To Appear In Upcoming MCU Film? 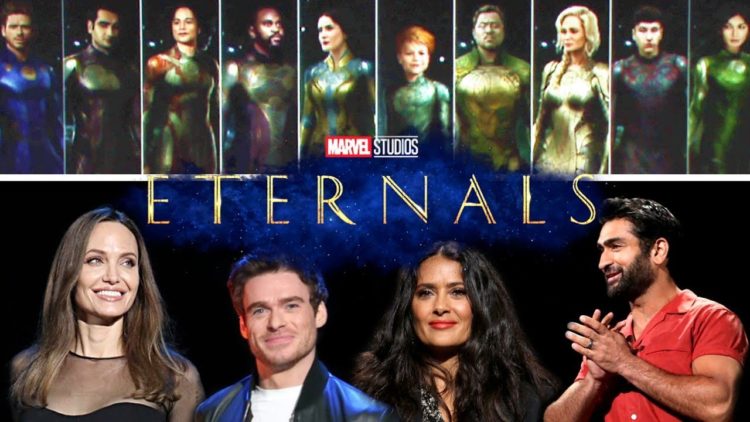 Marvel Studios is coming up with its new superhero film titled Eternals. It is inspired by an immortal alien race named Eternals who first appeared in Marvel Comics. Chloé Zhao is the director, and Kevin Feige is the producer of the upcoming superhero movie. It will feature stars Angelina Jolie, Kumail Nanjiani, Richard Madden, Lauren Ridloff, Kit Harington, and others. The film also suffered delays in the release due to the coronavirus pandemic.

There are some reports that are saying that the supervillain Thanos can appear in the Eternals film. So below is everything that you should know about it:

The superhero film will tell the story of an immortal alien race named Eternals, who were created by the Celestials. The movie will set after the events of Avengers Endgame, and the Eternals will come together to defend humanity from their evil counterparts, the Deviants. Now it also looks like that the character of Thanos can also appear in the upcoming superhero movie. Thanos already have a connection with the Eternals.

The parents of Thanos are A’Lars and Sui-San, who are also from the alien race of Eternals. Thena, the character which will appear in the MCU film, is the cousin of Thanos. So the MCU film Eternals will surely mention Thanos in any way, hopefully.

Jim Starlin co-created the character of Thanos. Recently he talked about the involvement of the supervillain in the MCU film Eternals. Jim Starlin is just hoping that Thanos can appear in the MCU movie. During an interview with the Phase Zero podcast, he said that the supervillain can at least appear in a guest appearance. But right now, there is no official confirmation from Marvel Studios regarding the involvement of Thanos.

Other Details About Eternals

These are the cast members of the MCU film: Angelina Jolie as Thena, Richard Madden as Ikaris, Kumail Nanjiani as Kingo, Lauren Ridloff as Makkari, Salma Hayek as Ajak, Kit Harington as Dane Whitman, and others. Eternals will hit the theaters on November 5, 2021.