The Purge 6: Get To Know What Frank Grillo Has Explained About The Sixth Part 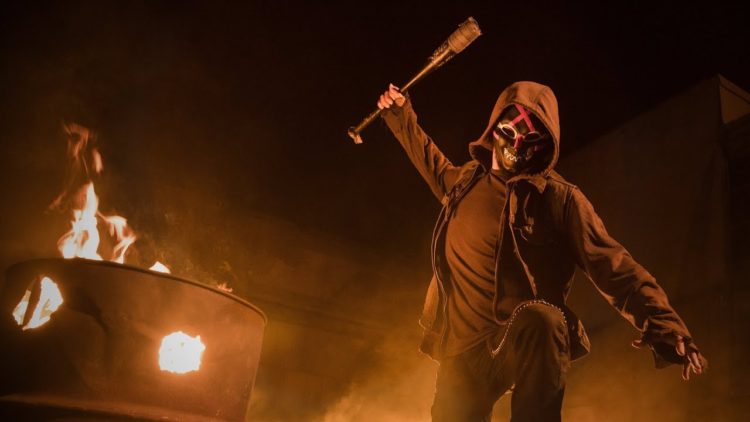 The Purge franchise has been one of the most successful ones giving us ample content to be scared of.

So, without wasting any time, let us jump into the details of Purge 6.

IS THERE A POSSIBILITY TO GET A PURGE 6?

Purge 5, which is being called the ‘Forever Purge,’ is apparently the last movie for the series. However, Actor Frank Grillo has some vital information to share. According to Frank, a Purge 6 is being discussed even though Forever Purge is said to be the last.

The Purge entered the horror movie genre back in 2013 and has been serving us with incredible content each time. The Purge follows the story of an annual Purge night where the government allows crime to take place for 12hrs, which definitely sounds scary. But that is not it; the previous four movies have taken different turns and twists.

The Forever Purge, which is said to be the last for the franchise, is all set for a July 9 release, so get ready to go on an unforeseen adventure. Frank, in an interview, mentioned that The Purge director is planning to come out with a sixth sequel, but it could take a while.

Apparently, the directors are interested in the sixth sequel but need a good story. Frank has assured that if this is true, then he would be more than happy to reprise his role as Leo Barnes.

Not only this but another of our favorite horror movies will be coming back for a sequel, which is Scream 5; the movie is set to get a 2022 release. Well, for all the fans, it’s time to rejoice as Purge 5 is going to be out soon; the movie will pick up the pieces of the last purge movie.

That is all for today. We will keep our readers updated on the latest news about Purge 6; until then, continue reading with us. Also, do Join Pioneers Coop Telegram (@Pioneerscoop) and keep yourself updated on all breaking news.