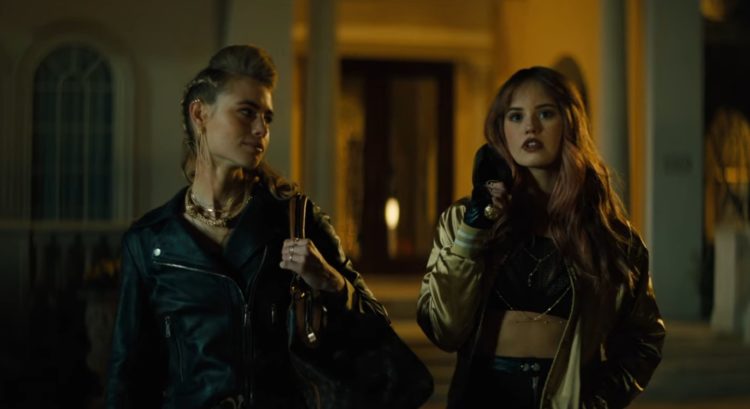 The streaming platform Netflix is coming up with many original movies. Due to the coronavirus pandemic, theaters are already closed at many places. So the streaming giant just planned to release a new movie per week this year. We will get a thriller film, Night Teeth. The Netflix original movie is directed by Adam Randall and penned by Brent Dillon. The upcoming thriller movie will feature actresses Jorge Lendeborg Jr. and Debby Ryan in the lead roles.

It is produced by Vincent Gatewood, Ben Pugh, and Charles Morrison. Netflix users are excited about the Night Teeth film. So we have come up with all the details for the thriller film, keep reading:

The Night Teeth film was announced back in the year 2019. The production of the upcoming thriller movie commenced back in the previous year, But the production was stopped earlier due to the coronavirus pandemic. The streaming platform has to stop the work because of the safety of cast and crew members. Then after several months, the production resumed in September 2020. The shooting took place in places like New Orleans and Los Angeles.

Due to the delay in the production, fans have to wait more for the thriller movie. A release date is still not disclosed. But it is confirmed that the Night Teeth series will premiere on Netflix sometime this year. The streaming platform will release these original films: Red Notice. The White Tiger, The Kissing Booth, The Harder They Fall, Thunder Force, Bruised, and more. You can check the footage of Night Teeth here:

Below are the cast members of the upcoming thriller movie Night Teeth:

The Netflix thriller movie Night Teeth will center on the story of a chauffeur who drives two strange women for parties. But these female passengers are something else, and now the chauffeur have to fight for his life. The upcoming movie will be very much thrilling and include suspense.