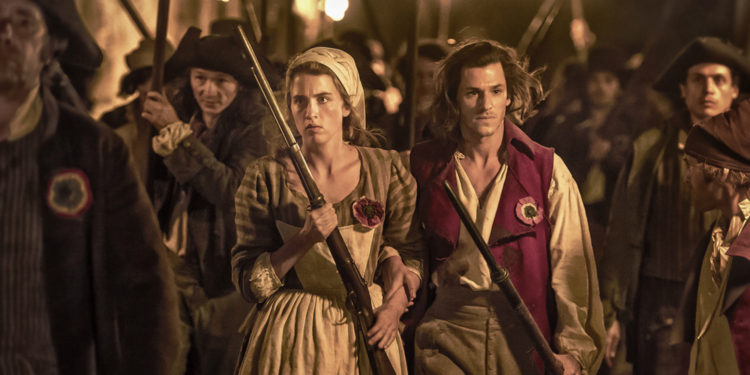 In recent times, Netflix has released multiple foreign language series. Back in the previous year, the streaming platform released its original French supernatural drama series titled La Révolution. The French series is created by Aurélien Molas, who also produced it with François Lardenois. Martin Jaubert is the executive producer of the supernatural drama series. The first season having eight episodes, landed on the streaming platform on 16 October 2020.

Unfortunately, we got the bad news that La Révolution is canceled by Netflix. So below is everything that you should know about the cancelation of the French series:

So the French supernatural drama series will not come back for a second season. Netflix just decided not to continue with the La Révolution series. The cancelation news was just announced by Damien Couvreur, who is the director of the French original series of Netflix. It’s shocking news as the French series got positive reviews from the critics for its story and cast performances.

Netflix also earlier canceled its French series like Marianne and Osmosis. These two French series only ran for just one season and not received the green light for the second season.

Reason For The Cancelation Of La Révolution Season 2

In recent times, Netflix has canceled its multiple series for the new season. The La Révolution received good reviews from the critics, but it did not manage to impress all the viewers. The French series reportedly not got enough viewership to receive the order for a new season. Sources also revealed that before the cancelation, there were plans for the new season.

But now, the viewers who love the show will not get a second season for the La Révolution series. If you love French series, then you can watch the newly released comedy series Lupin on Netflix.

The French supernatural drama series is set in 1787. The story centers on Joseph Ignace Guillotin, who is assigned to investigate strange murders. Then he found about the virus named blue blood that spread within the aristocracy. The virus has dangerous effects, like the infected nobles attack the common people.