Don’t Look Up: Do We Have Its Official Release Date On Netflix? 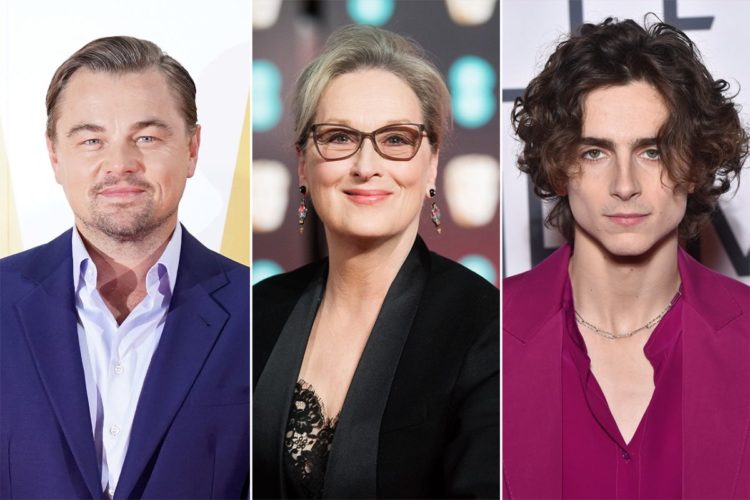 It seems like streaming platform Netflix has something big planned for fans, and we are talking about a multi-starrer movie! The movie casting is already making quite a buzz amongst fans, and we are all here for it!

Fans Are Eagerly Waiting For Netflix’s Sci-Fi Movie, Don’t Look Up! Here’s What We Know.

Netflix is developing a multi -starrer sci-fi comedy movie titled Don’t Look Up. While the plot is interesting enough, wait till you hear about the star cast of the movie, director and co-producer Kevin Messick is bringing forth several talented stars under one roof. The list is an ever-growing one with some big names along with Oscar-winning stars on board.

The cast of Adam McKay's DON'T LOOK UP is absolutely iconic:

The Sci-Fi Comedy Flick Comes Along With An Impressive Cast Ensemble! Have A Look.

While there’s still time for the movie to air on the streaming platform, it has been repeated that the plot will be revolving around a pair of astronauts who are trying to warn humanity about an asteroid that is hurtling toward planet Earth with only six months left! The writers of the movie have expressed their excitement to have such an amazing cast on board for the movie.

Astronauts Try To Save Humanity In This Upcoming Movie!

While nothing much has been disclosed about this upcoming Sci-Fi comedy flick yet, fans got to see the first look of leading stars Leonardo DiCaprio and Jennifer Lawrence in action while Netflix gave everyone a little sneak peek. The actors sure do look different as scientists, and Leonardo DiCaprio’s look might actually take you by surprise!