Money Heist Season 5: What Netflix Planned For The Final Season Of Spanish Series? 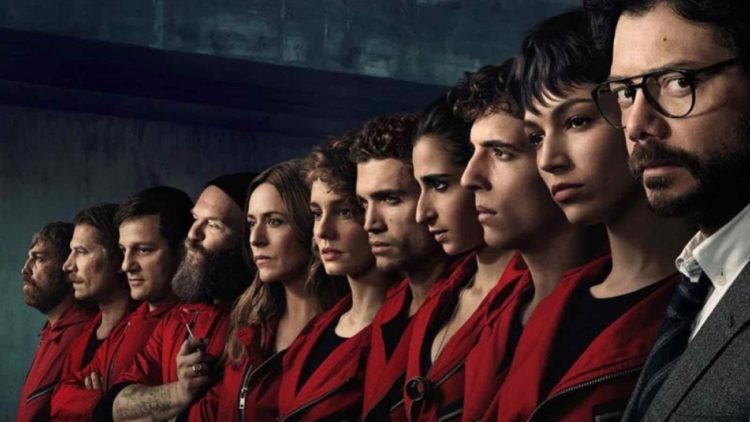 Money Heist is one of the best crime drama series of Netflix. The series is created by Álex Pina. It features Spanish stars like Úrsula Corberó, Itziar Ituño, Álvaro Morte, Pedro Alonso, Miguel Herrán, and others. The crime drama series centered on the two heists, one on the Royal Mint of Spain and one on the Bank of Spain. Total four seasons released so far on the streaming platform, and all got a great response from everybody.

Netflix decided to renew the series for the fifth season that will be the final chapter. So below are all the details that you should know about it:

Back in the previous year, Netflix announced the fifth and final season of the Money Heist series. In early 2020, the creator Álex Pina started writing the last season of the Spanish series. Due to the coronavirus pandemic, the production also took time to begin. Finally, the shooting of the fifth season commenced in August 2020. The cast and crew members follow the coronavirus protocols.

The shooting is still ongoing for the final season, and it can take more time to finish. A release date is not yet set, but we are expecting the fifth and last season to release sometime this year.

THE HEIST COMES TO AN END

The main cast members are returning for the fifth and final season of the Spanish. Netflix also added new cast members for the upcoming season. So here’s the cast list of Money Heist season 5:

The story of the Money Heist series will finally come to an end with the fifth season. We will finally know if the gang of robbers will successfully complete the heist of the Bank Of Spain or not. There are plenty of theories for the final season. A theory suggests that Alicia will join Professor and his team to finish the heist.

Another theory that is very heartbreaking is that Tokyo will be the only gang member who will be alive in the end. She is also the narrator of the series, so this theory is also making sense. We will come back with more news soon.