Queer Eye Season 6: Bobby Berk On The Premiere Of The New Season 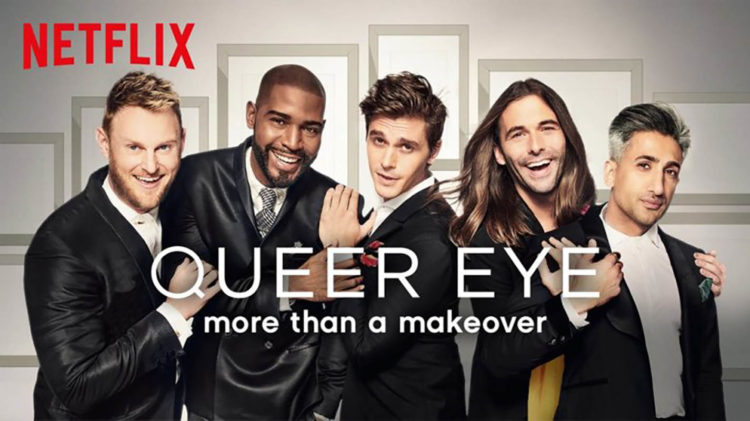 Queer Eye is one of the best reality series on Netflix. It is the reboot of the 2003 series of the same name. It is created by David Collins, who is also the executive producer of the series. It features the makeover experts known called Fab Five: Antoni Porowski, Karamo Brown, Tan France, Jonathan Van Ness, and Bobby Berk. A total of five seasons released so far on Netflix, and the series has got so much love from the audiences. It has won multiple Primetime Emmy Awards.

The series is already renewed for a sixth season by Netflix. Recently Bobby Berk shared new details for the premiere of the upcoming season; keep reading:

Bobby Berk Talked About The Release Of Queer Eye Season 6

The series was renewed for the sixth season even before the premiere of the fifth season. The filming was ongoing in Texas. But unfortunately, the production was stopped in the new season due to the coronavirus pandemic. Recently, Bobby Berk, who is one of the members of Fab Five, talked about the release of the sixth season. During an interview with PopCulture, Berk revealed that the production of the new season is still on hiatus.

He revealed that continuing production on his show during this pandemic situation is tough. Queer Eye is a reality series, so it requires meeting new people and new locations in each episode. So, it’s difficult to socially distance and keep safe the crew and cast members. Berk said that Queer Eye season 6 will release sometime in 2021 on Netflix.

So our favorite Fab Five is returning for the sixth season of the reality series:

Other Details For Queer Eye Season 6

So in the sixth season, our Fab Five will visit Texas, and they will support some people to improve their apparel, grooming, diet, cultural pursuits, and house décor. We will return with more updates soon for the sixth season of the reality series.