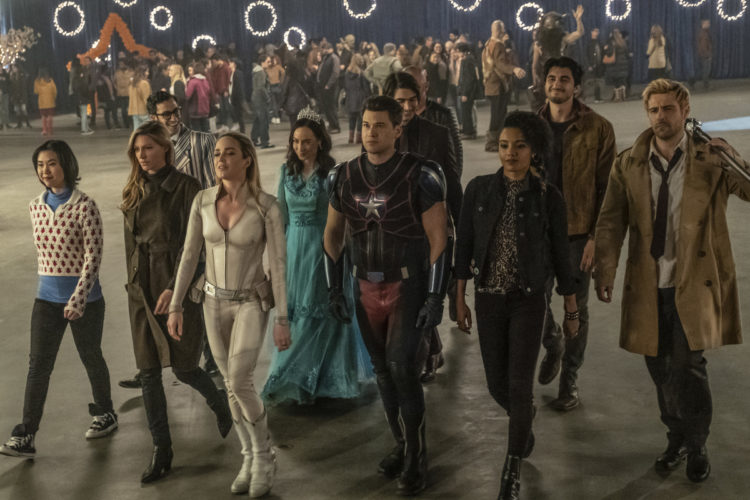 Legends of Tomorrow is a top-rated superhero series on The CW. It is inspired by the characters of DC Comics. It is developed by Greg Berlanti, Marc Guggenheim, and others. The series is set in the Arrowverse and shows villains and heroes working together to face a big threat. It has released a total of five seasons on The CW, and all got so much love from the viewers. The critics also praised the series for action sequences and cast performances.

Now we are also getting the sixth season of the superhero series, and fans want to know when it will appear on The CW. So keep reading to know everything about it:

Production Of Legends Of Tomorrow Season 6

The filming for the sixth season commenced on October 8, 2020, and it will last till May 10, 2021. Everyone on the set is following the coronavirus protocols.

Unfortunately, the fans have to wait for a long time for the new season of the superhero series. Due to the delay in the production, the sixth season will release late. The production is still ongoing, and it will take more time to finish. The CW earlier revealed that Legends Of Tomorrow Season 6 will release on The CW in midseason 2021, which will have 15 episodes.

Other Details For Legends Of Tomorrow Season 6

These stars will appear in the upcoming season of the superhero series: Caity Lotz, Jes Macallan, Amy Louise Pemberton, Tala Ashe, Dominic Purcell, Nick Zano, Olivia Swann, Matt Ryan, and others. In the sixth season, we will our heroes confronting aliens. They will also try to save Sara. For now, there is limited information on the plot, we will return with more updates on it soon.