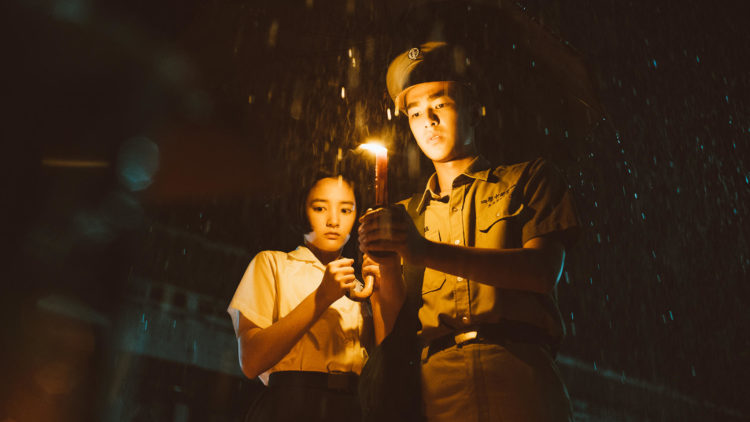 Before the end of this year, there are still some shows left to release by Netflix, for which we are eagerly waiting. So, the streaming giant will soon release a Taiwanese supernatural horror series titled Detention. It is directed by I-Hsuan Su, I-Ling Lin, and Shiang-An Chuang. The series is inspired by the horror adventure video game titled Detention. It will feature stars Ling-Wei Lee and Ning Han. Netflix has collaborated with PTS for this series.

It is produced by both Shih-Ken Lin and Yi-Lin Lin. The production company behind the upcoming supernatural series is Outland Film Production. We have come up with all the details for the upcoming horror series, so keep reading and don’t miss anything:

After a long time, we will get a unique horror series to watch, and that’s the reason everyone is excited about the Detention series. The series is an extension of Netflix’s Chinese Language Originals collection. So, the upcoming supernatural horror series will premiere on Netflix on 5 December 2020. The new series is consists of a total of eight episodes. Netflix will release one new episode each Saturday.

The streaming giant will also release these titles in the month of December: Mank, the new season of Mr. Iglesias, The Surgeon’s Cut, Rose Island, The Prom, Tiny Pretty Things, The Midnight Sky, and Bridgerton. Below you can watch the official trailer for the Detention series:

The upcoming Netflix series has taken elements from the video game named Detention. It will set in the time of martial law called the White Terror in Taiwan. The series entwines the political conditions under martial law and legends of local divinities, depicting a difficulty of unimaginable oppressions. You should watch this unique supernatural horror series one, after its premiere. Few days left in its premiere, so don’t forget to watch it.