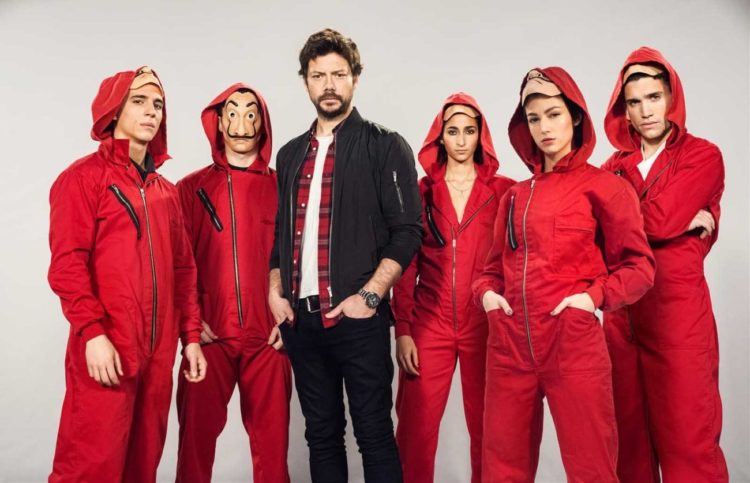 We all know that money Heist season 5 will be the final and last season of this amazing crime drama series. Fans are happy and sad as well. We have to say goodbye to our most favorite series on the streaming program Netflix after season 5. Here’s we have some official details and photos from the set of money Heist season 5.

Money Heist series is loved by many fans and has entertained us from many years. The series in total have Four Seasons till now,, and we all are excitedly waiting for its season 5. This series is about two heists. Fans very well know about the professor who gathers eight people to make a fabulous team and give them the cities’ names.

We finally have a new set of photographs from the money Heist season 5. The photograph reveals the situation of Lisbon negotiating with the police officer. Does that mean the gang will think to surrender,, or it’s a new plan by the professor? Get the answer. We have to wait for the release of season 5.

We've gotten some of the first pictures from the set of Money Heist season 5!

The photo also hints about the professor is not dead in the fifth season. Fans can see the old faces in the coming season 5. We all are excited to see our favorite series once again on our screens.

When will money Heist season 5 release

We know that the production of fifth season is currently being done. It will take some time to finish the production work independent situation is also like a challenge to the makers of the series.

However, we expect that fans will get money Heist season 5 on the screens in mid-2021. We will update this when the makers announce any official release date for the fifth season.

We all know that the fourth seasons ended in a situation where the professor was first held by Sierra at gunpoint. Fans are excited to know how the professor will come out from that difficult situation. For More updates continue reading with us and Join Pioneerscoop Telegram (@Pioneerscoop) and keep yourself updated on all breaking news