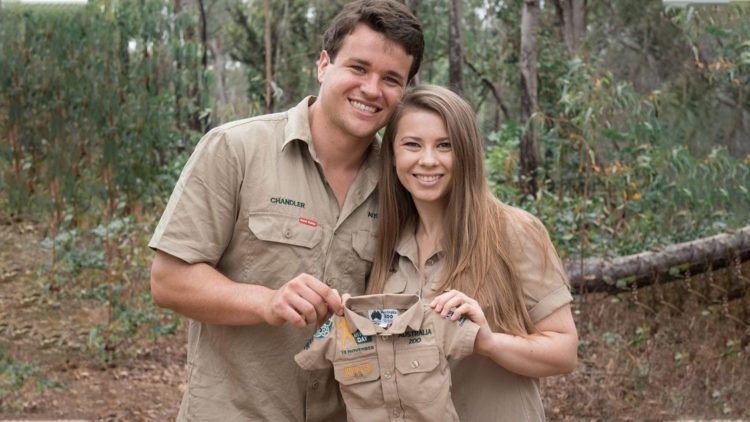 We know that this year has been the worst for all of us. But in reality, this year made us realize how far were from our loved ones. This year has reunited many couples, and some of them have revealed it officially. So in between the good news from couple, we have Bindi Irwin and Chandler Powell sharing some good news to their fans.

Bindi Irwin and Chandler Powell revealed to the fans on social media about their upcoming baby. The couple revealed that they would soon have a new family member. Here’s the image which bindi shared on her social media account. They will be able to welcome their first baby by the next year, 2021.

Baby girl, you are our world. ❤️ Our beautiful daughter is now about the same size as a hatchling Aldabra tortoise and is as healthy as can be. We can’t wait for her arrival next year.

Chandler Powell Is Happy And Excited For His Upcoming Baby

We know that Bindi Irwin revealed her pregnancy last month. It was good news for all of us. she said that she is just in her first trimester, yet needed to share the news to everyone. The couple also revealed about the gender of their upcoming baby. The couple will soon be blessed with A Baby Girl. Chandler is also excited and happy too. He will soon be a father and also revealed his happiness on social media through a post.